Home  -  Architecture  -  365 STUDIO
<-- Portfolio
365 STUDIO
Company: Bogdanova Bureau
Architects: Olga Bogdanova, Oleg Matiushchenko, Alena Prokhorova
Location: Kyiv, Ukraine
Square: 250 m2
Photograph: Yevhenii Avramenko
Branding: PRAVDA studio (Ilya Nepravda & Olha Nepravda)
What made this project complicated was its belonging to the chain which already had its identity guide. There are certain rules which are formalized in the brandbook such as combination of white and green colors, plants and natural materials in the interior because the company is eco friendly and tries to keep closer to nature. “At the beginning, we were eager to tone down white and make it more like a shade of gray to get a chamber mood like in a spa salon. Also, we would like to integrate some concrete elements to the interior. But it was the fourth studio in the chain and rules were established. After all, we accepted all the restrictions as a challenge and got the desired effect while keeping the rules,” – Olga Bogdanova, the founder and the chief architect of the Bogdanova Bureau tells.

The key element of the project is the stair with a green steel banister. Above it, we hang up elegant pendant lamps by Ukrainian brand Noom. We had to cut out a part of the floor above and reinforce the building construction before it. 10 mm thick steel sheets for banister were cut and bent in advance to be welded on site. We built up a lifting tackle in the building which held every metal sheet and let weld them unsupported. After that we had all joints primed and moped like in automotive manufacturing. 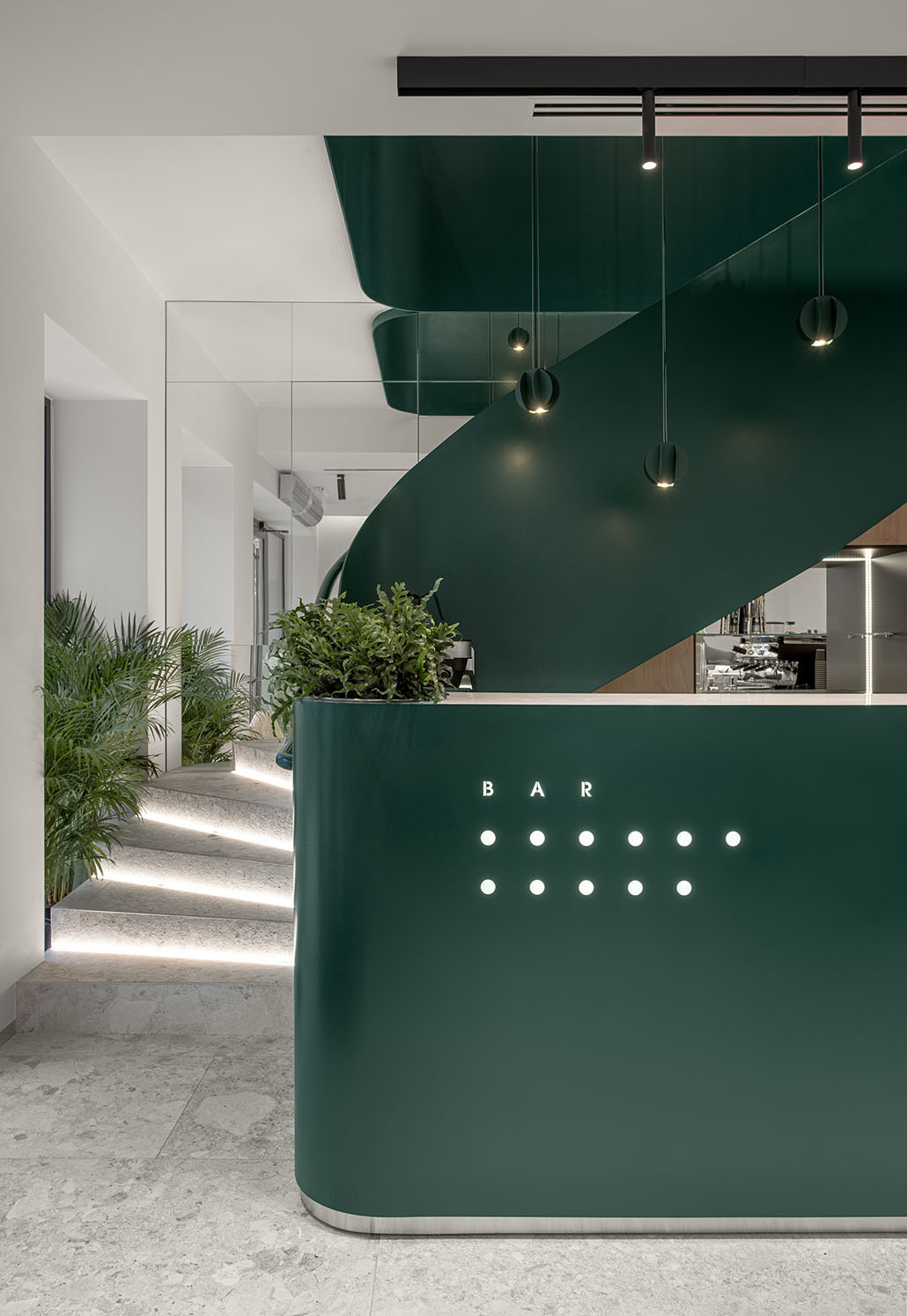 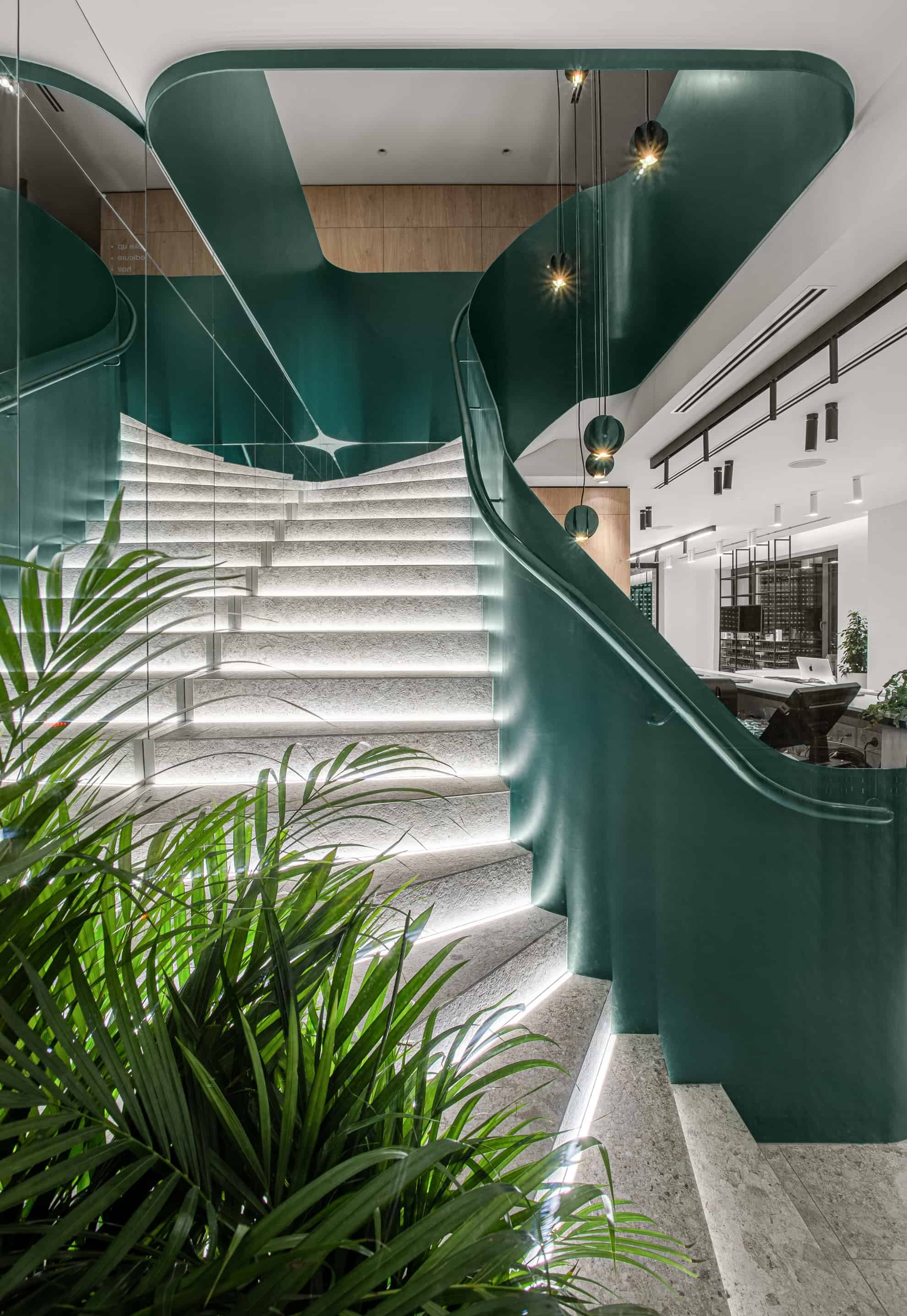 Rounded shapes of the banister add some dynamics and continuity to space. These elements are aligned with some of the walls and work surfaces radiuses, shapes of mirrors on walls and three bar islands. 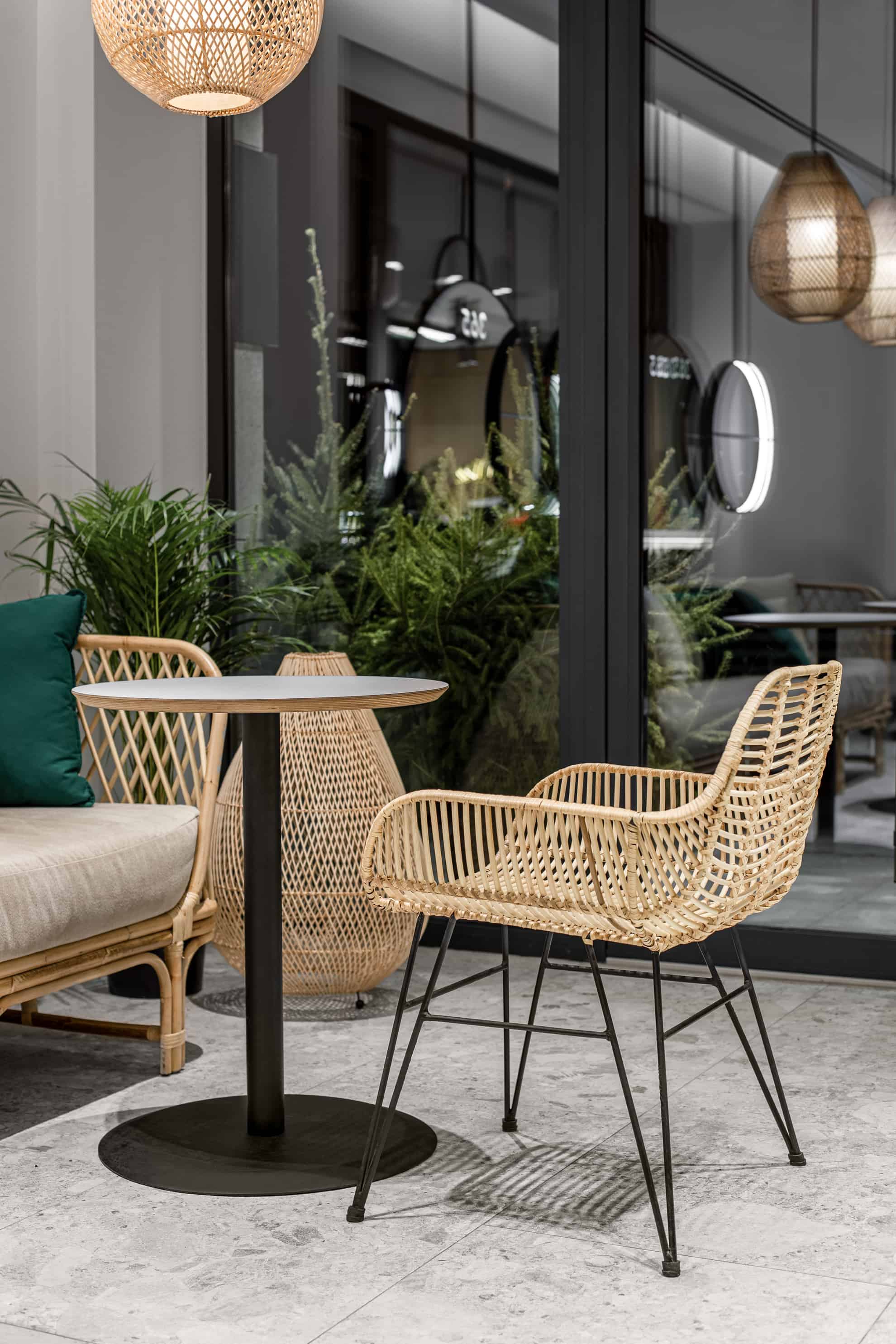 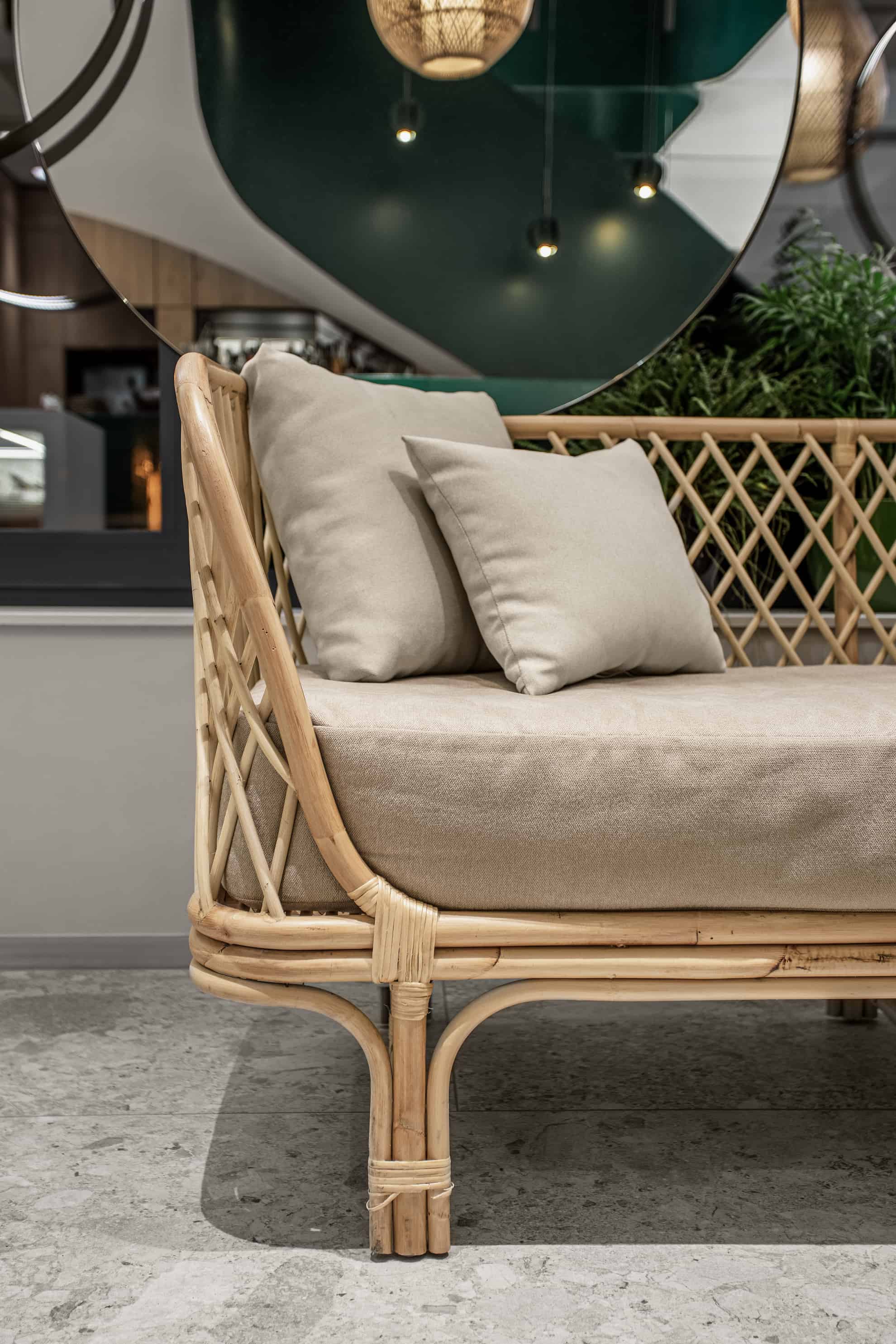 Bar with drinks is located on the ground floor under the stairs. We brought a cozy rattan couch and chairs from Bali specially for this zone next to the bar.

The Man zone is located on the ground floor and has a separate entrance. The glass wall divides this space from other studio. Besides three barber chairs, there is a zone for combined manicure and pedicure where you can watch a movie on 52 inches screen or play on a Playstation with your neighbor during the procedures. 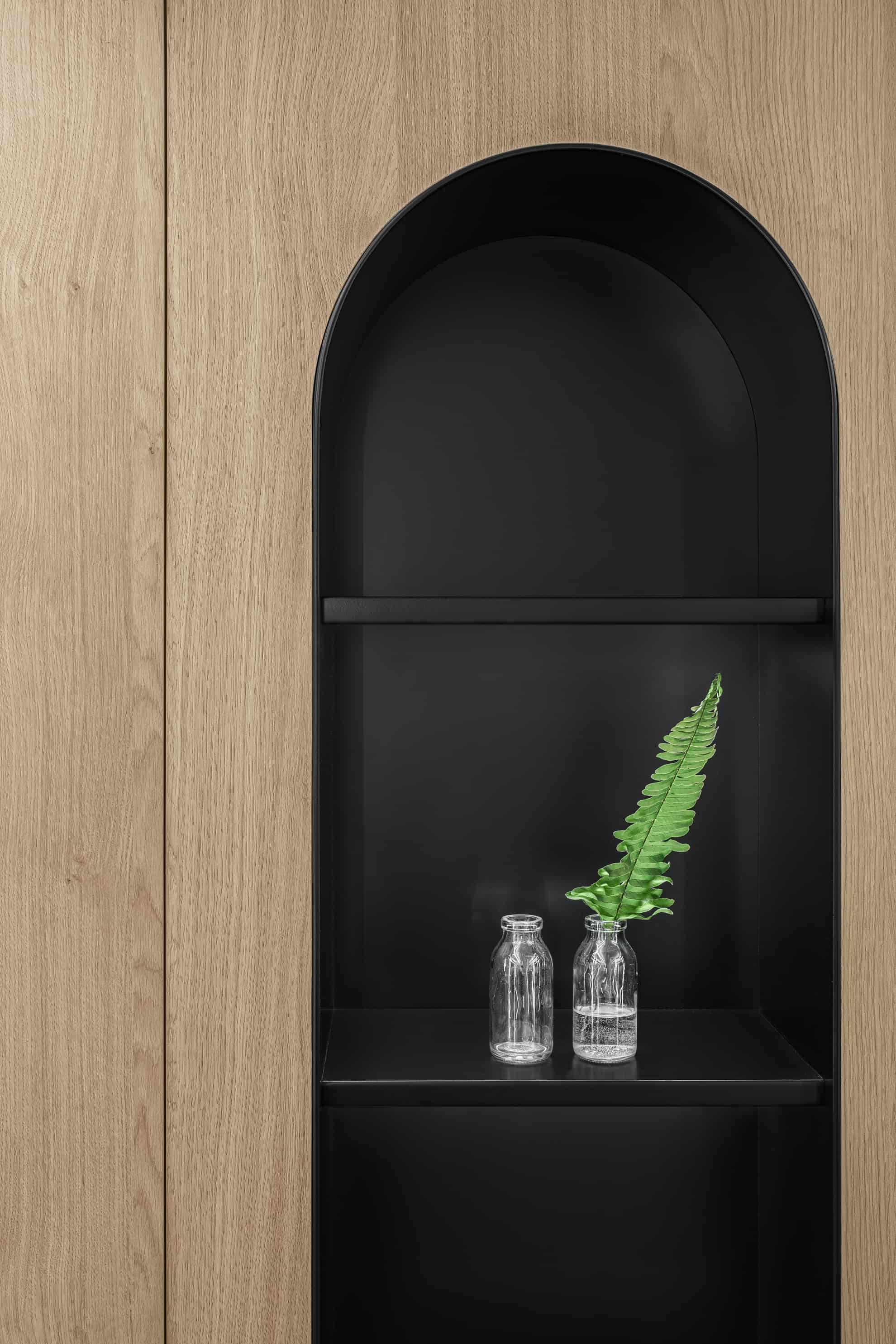 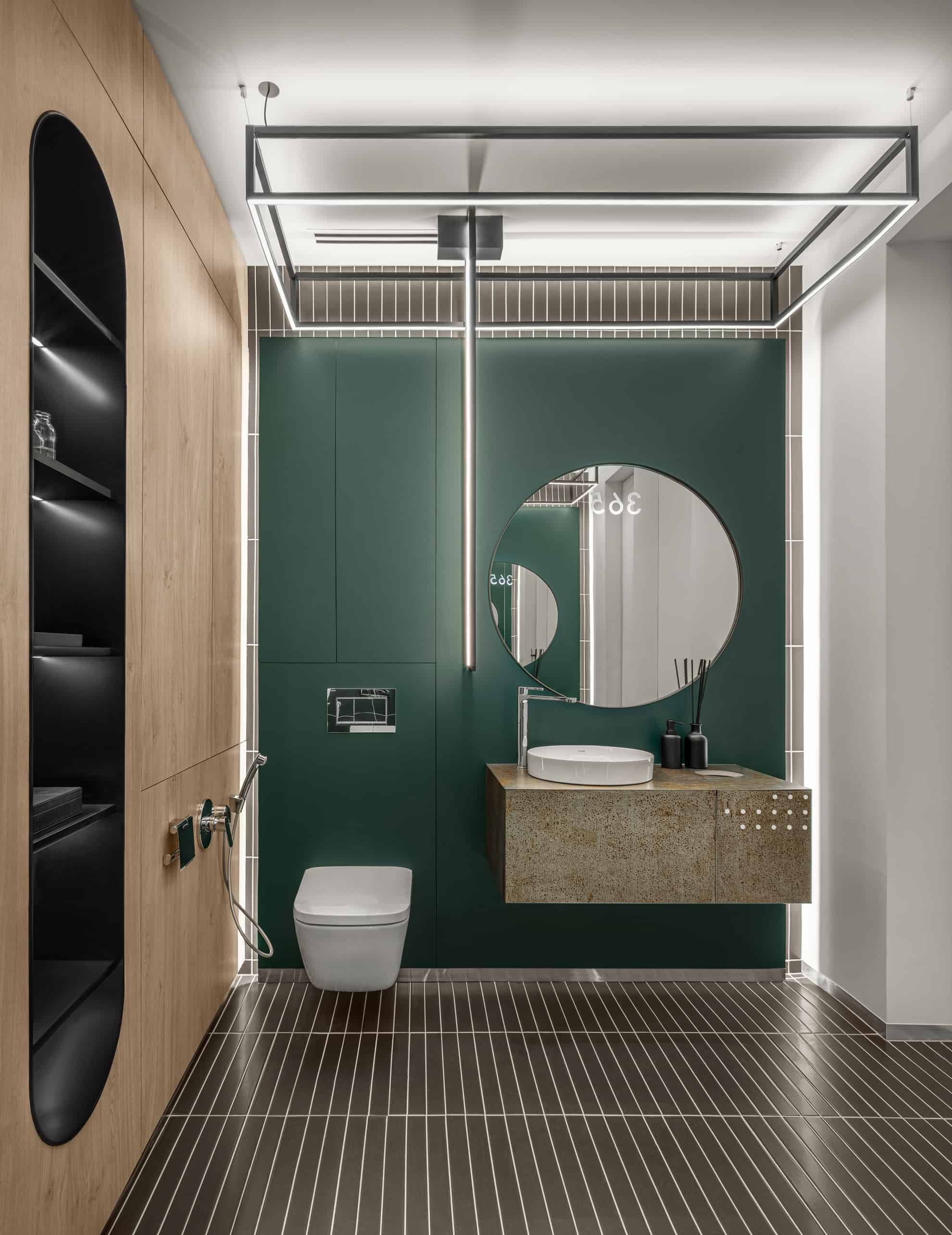 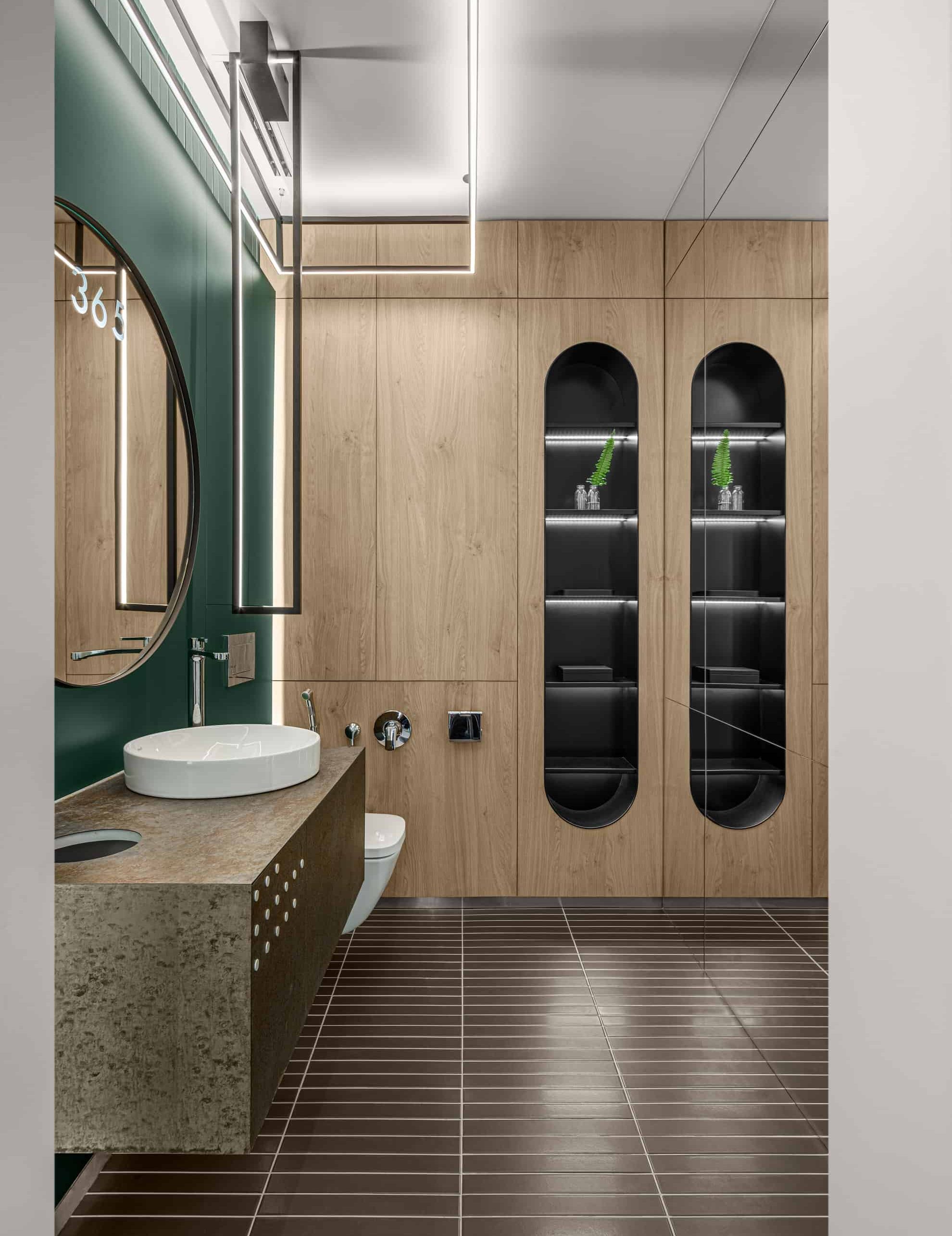 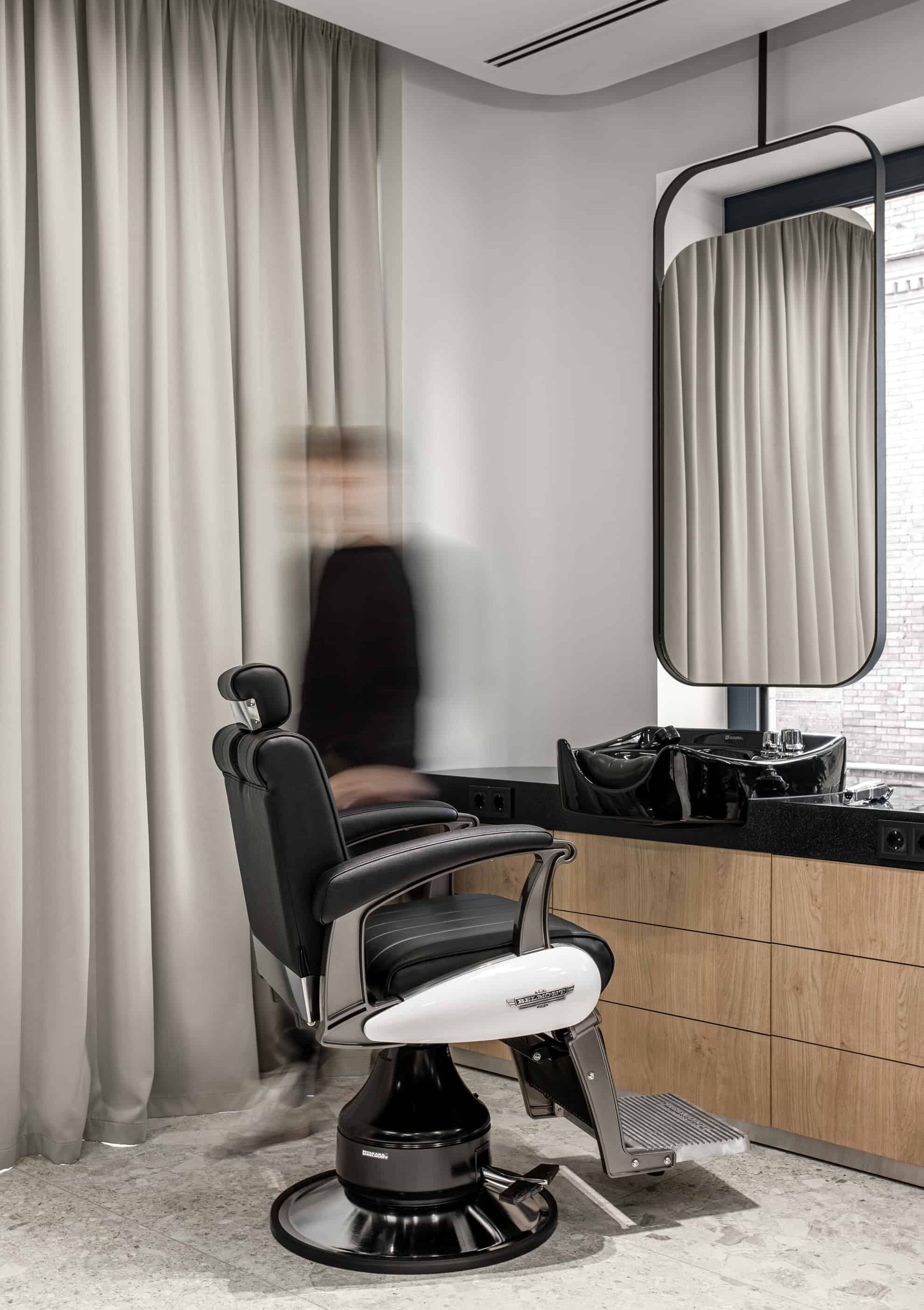 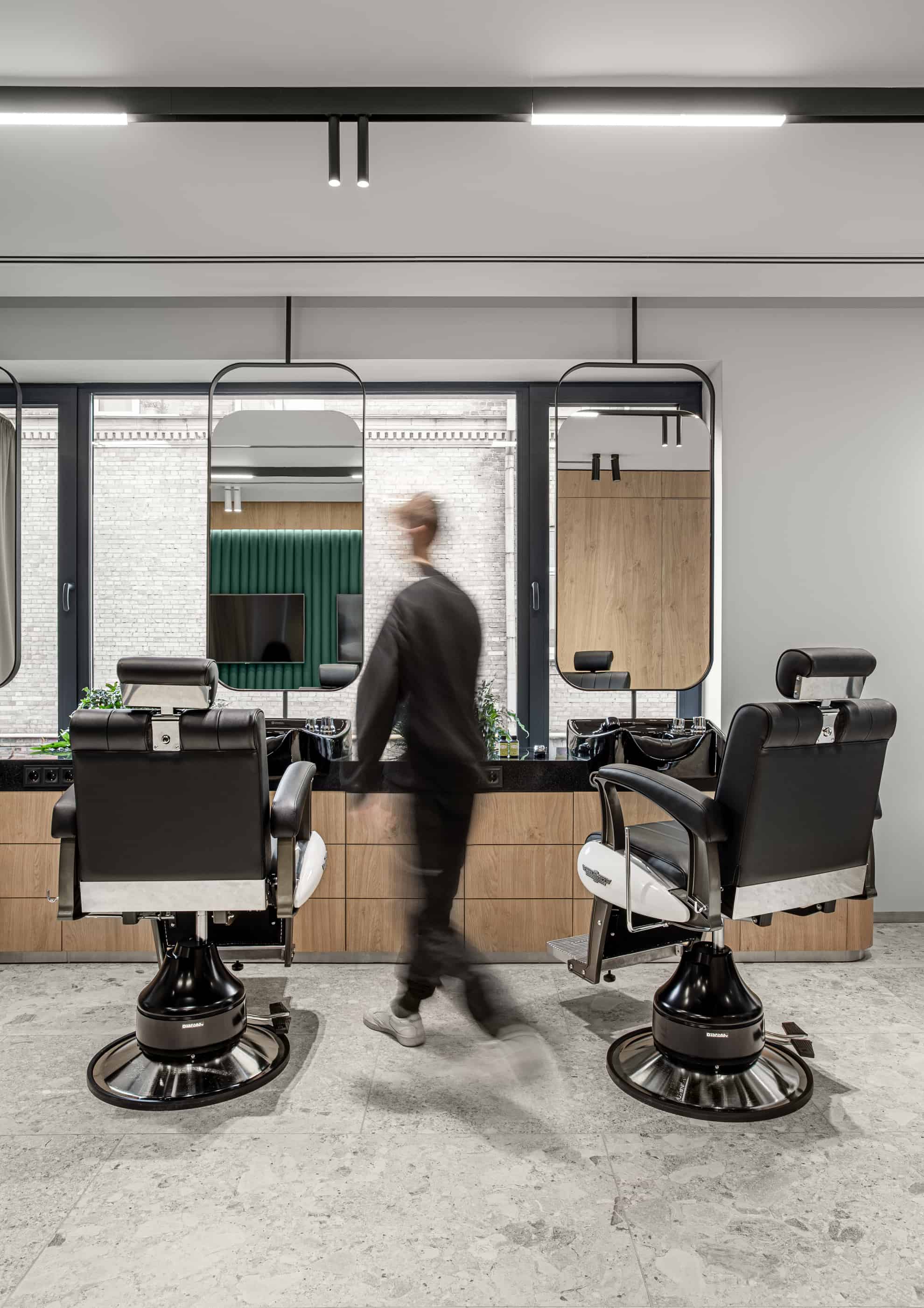 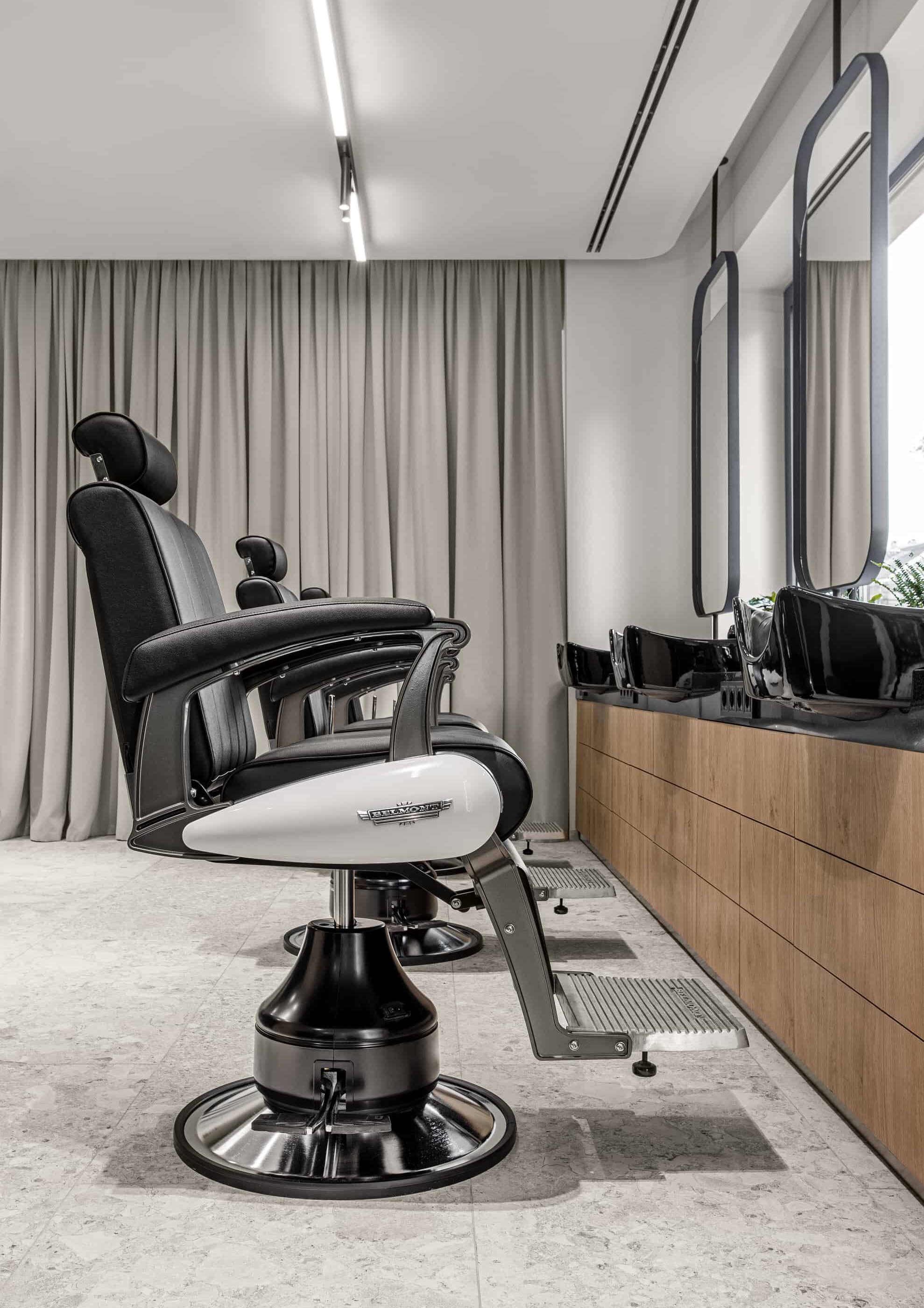 The crucial aspect of 365 Studio’s interior is its ergonomics and thoughtful logistics inside the space. We got a precise brief from our client and checked some other points directly with the masters who work there. The comfort of customers and masters is equally important. There are integrated dust collectors in manicure tables, circle stands for nail polishes on the tables, and some places are meant to keeping electric nail drills and heaters. We calculated a correct swing of the pedicure chair by testing it on the real-size model so that clients can take off and put on their shoes in the most comfortable way. 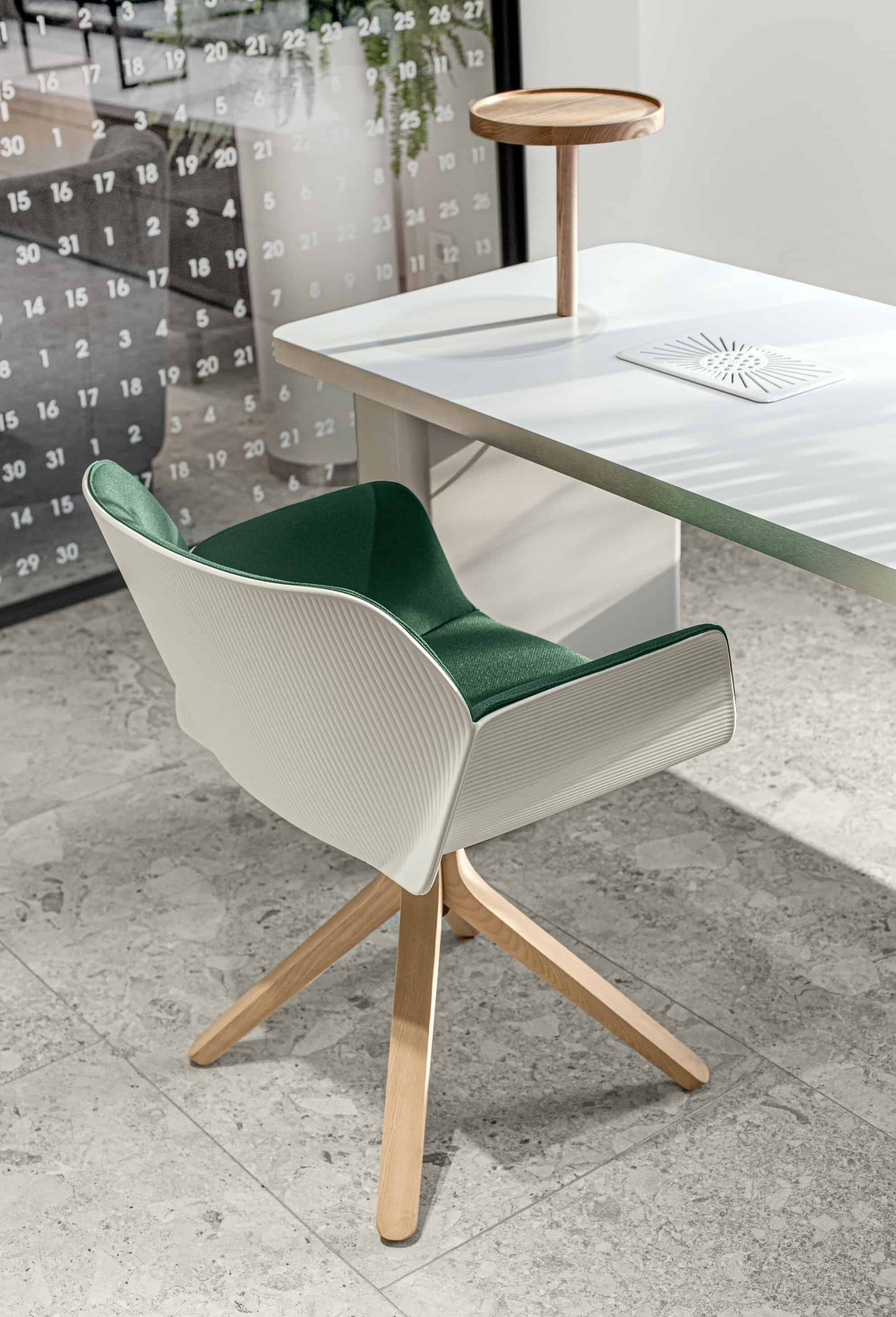 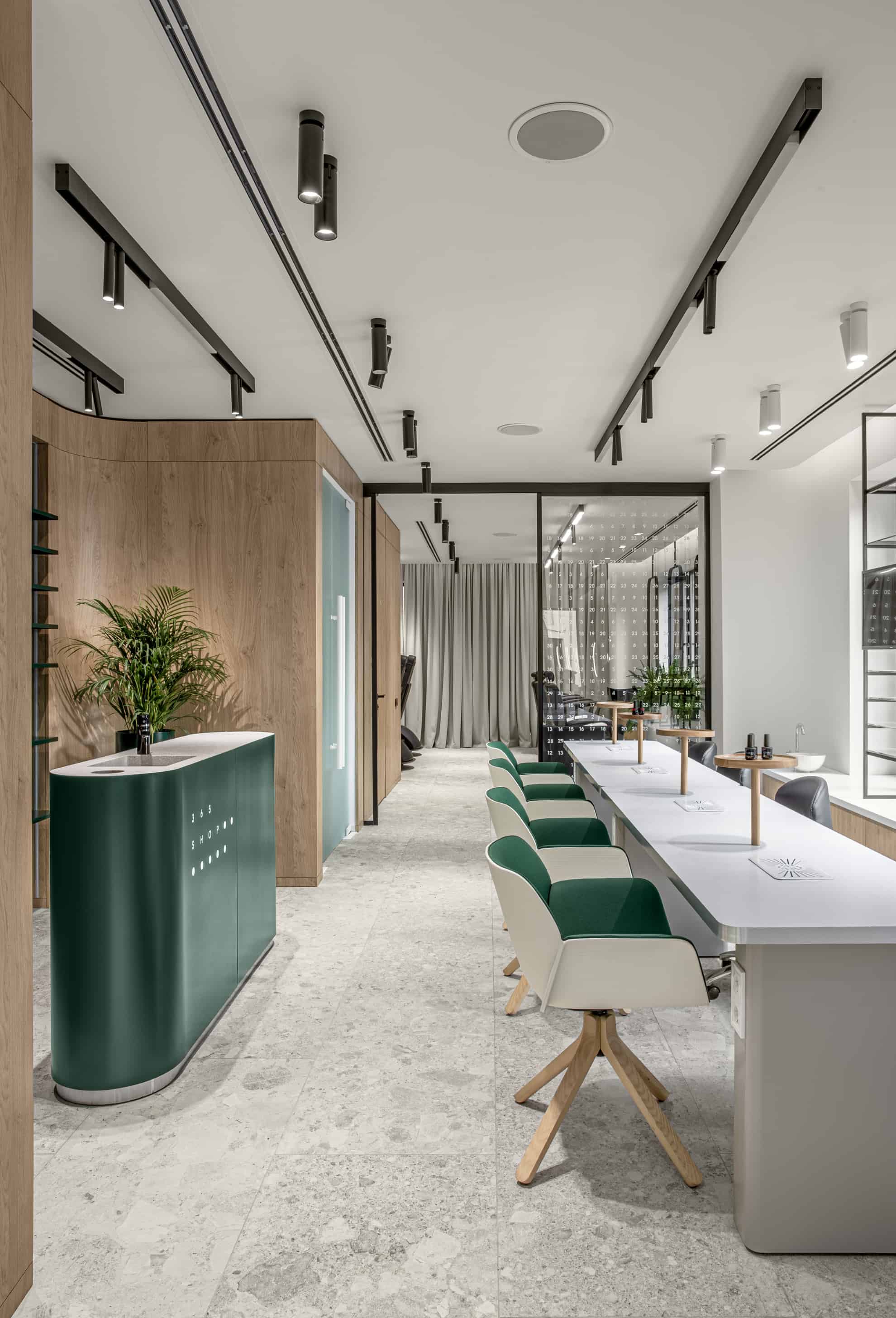 For a ladies manicure zone we picked Nuez armchairs created by Patricia Urquiola for the Andreu World brand. There seating has an elegant shape that reminds of a tree leaf. 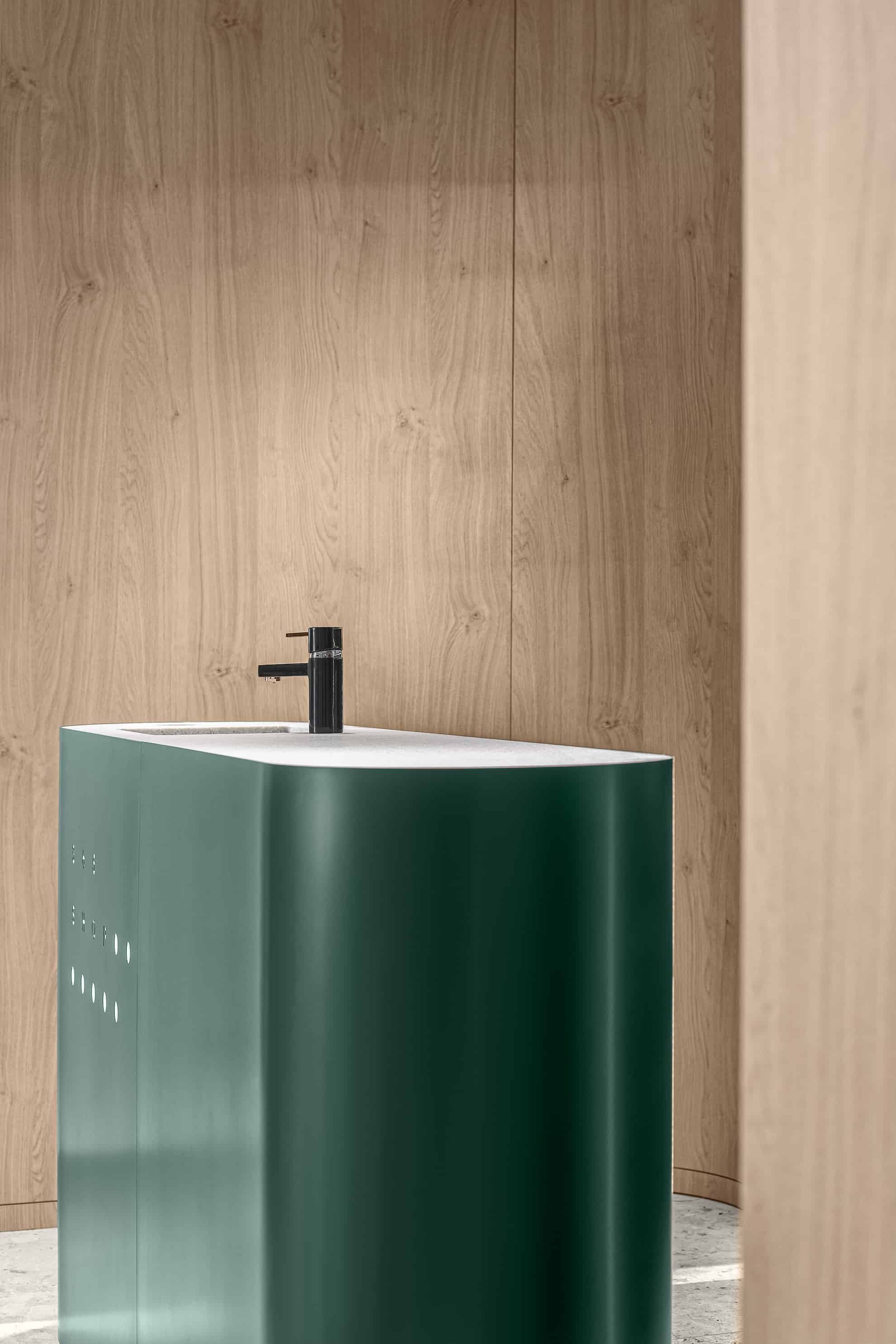 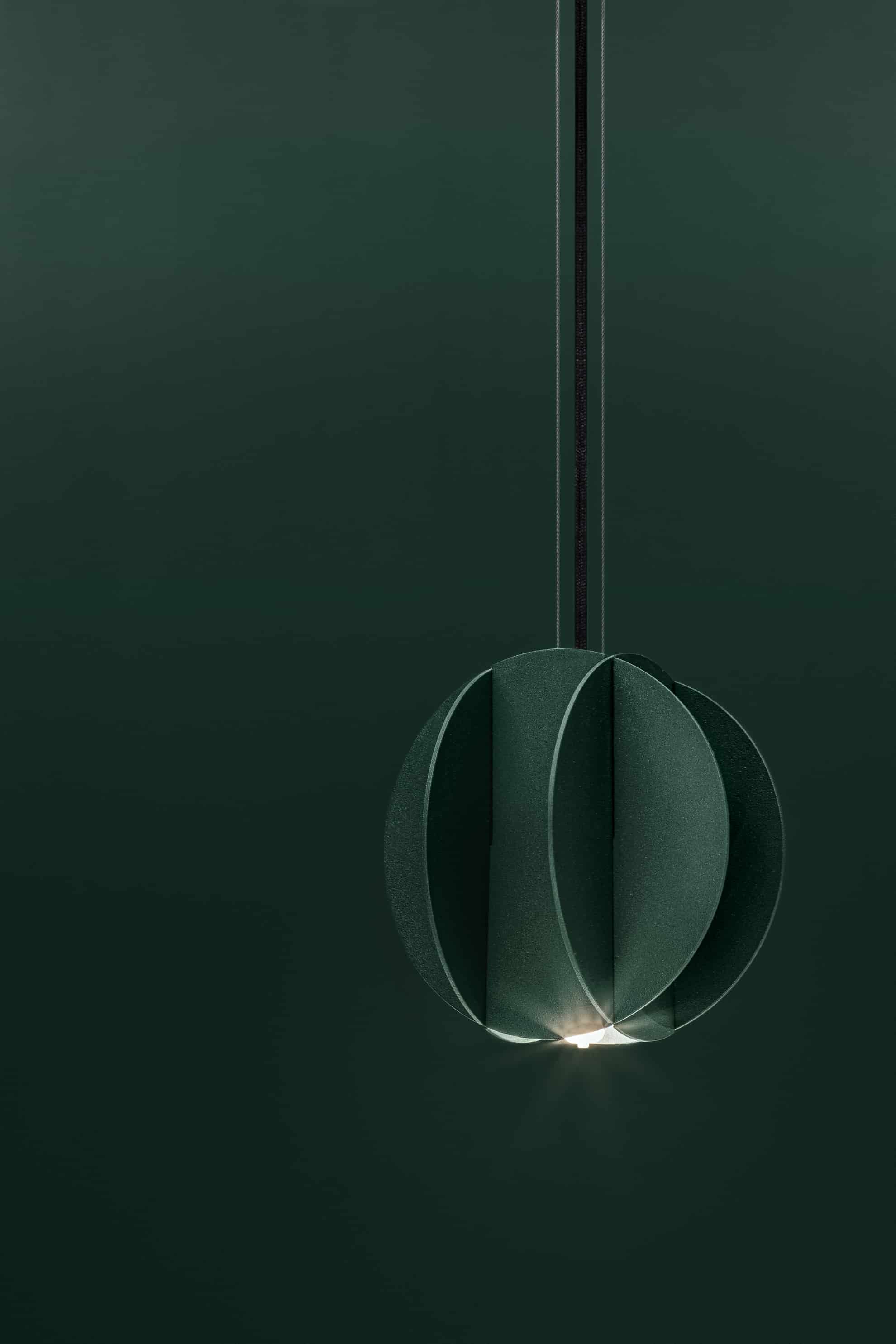 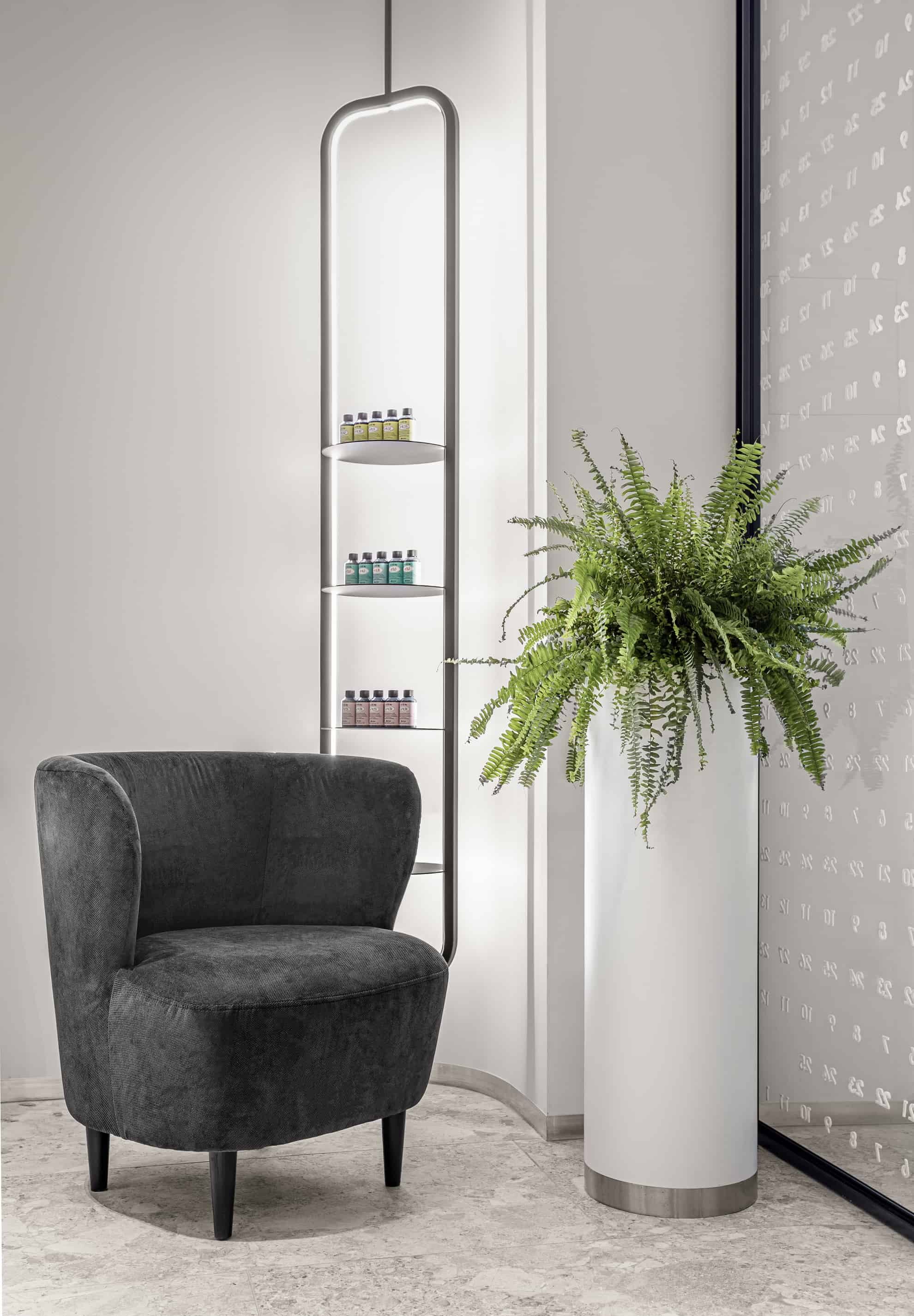 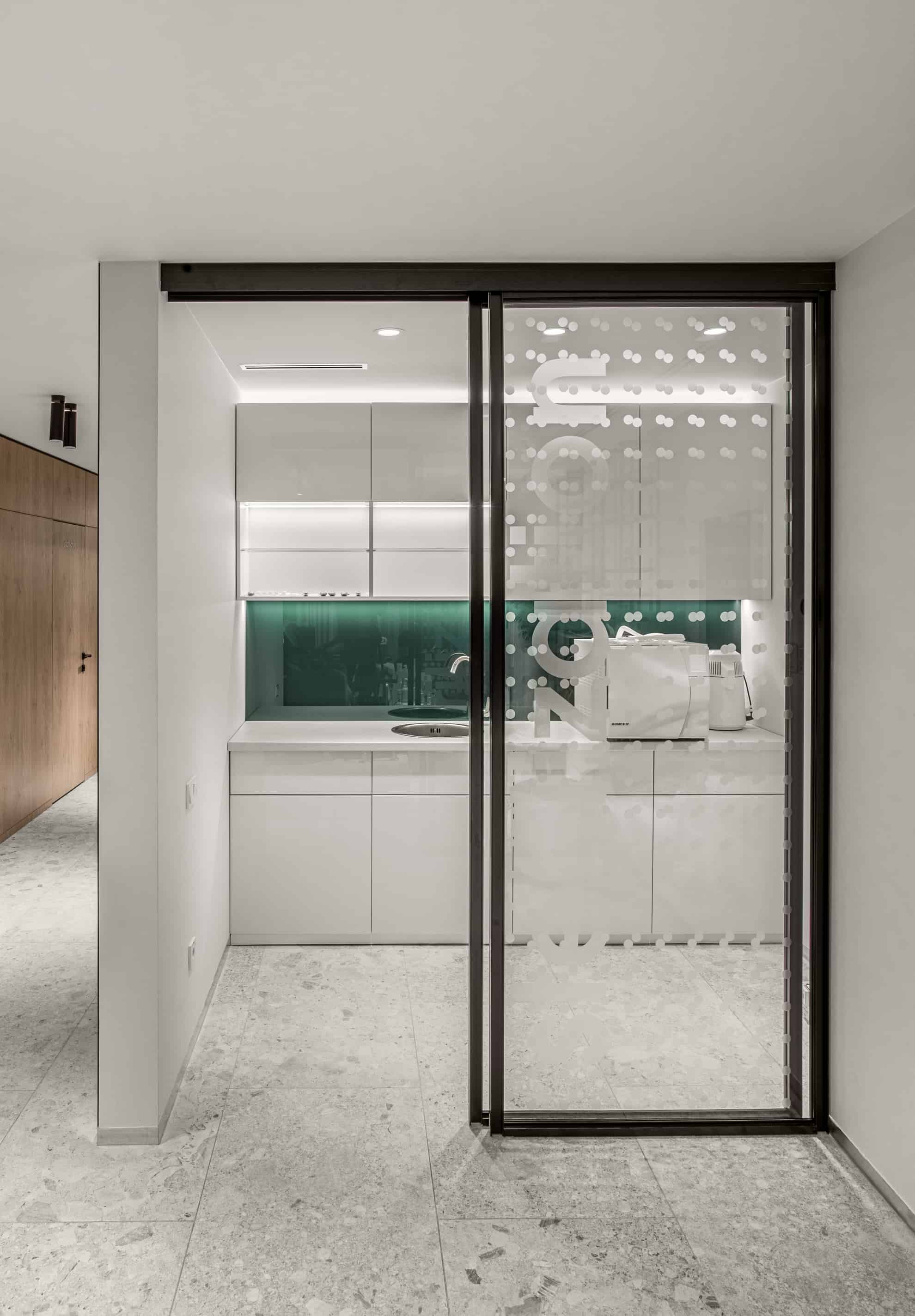 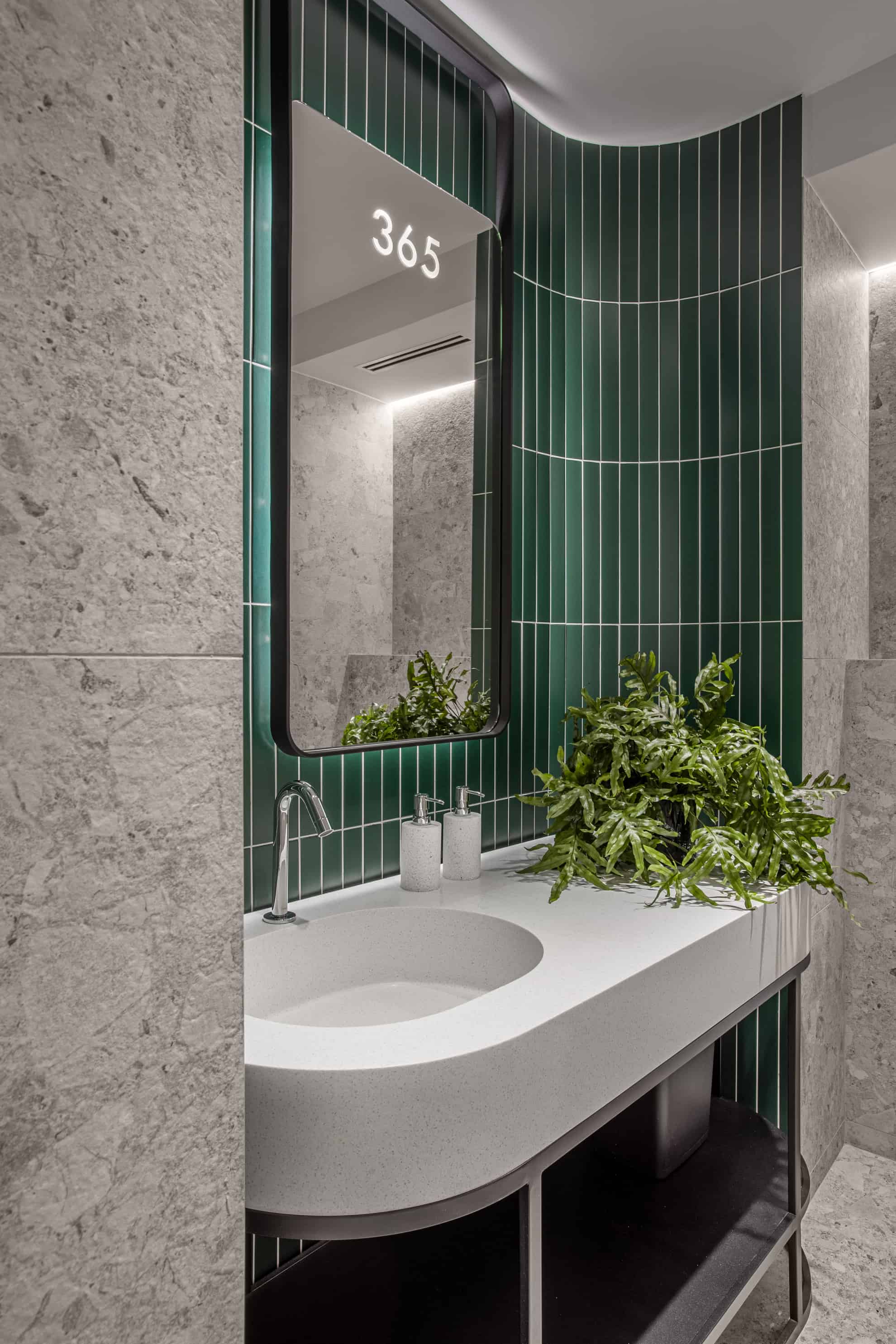 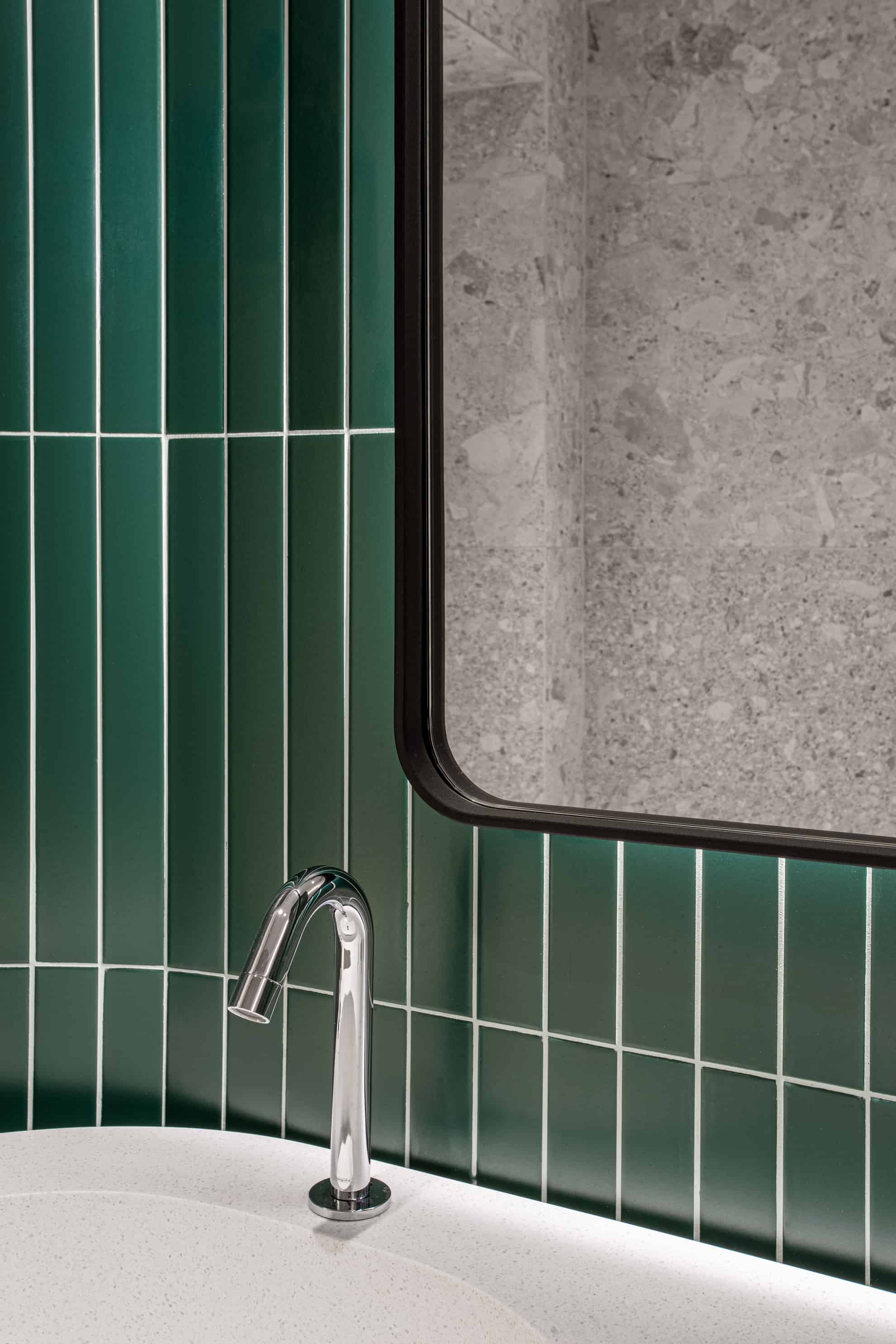 The founder of the Bogdanova Bureau Olga Bogdanova together with Iryna Popova, the owner of the 365 Studio, went to the professional exhibition Cosmoprof Worldwide to Bologna to explore the topic of the professional furniture and equipment for the beauty industry. After that, they decided to equip the salon with some professional Gharieni machinery and order barber chairs by Japanese brand Tokara Belmond to the man zone. 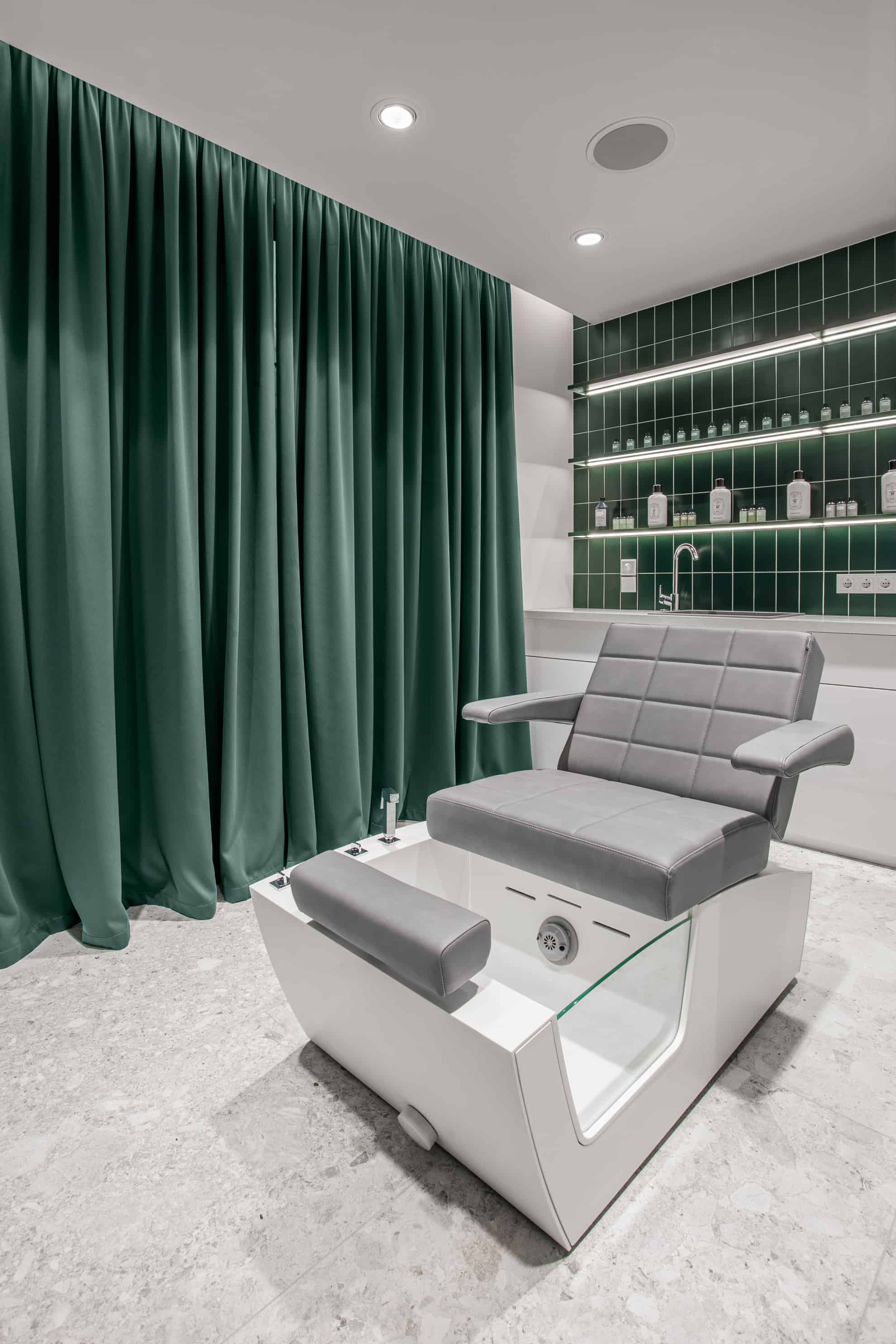 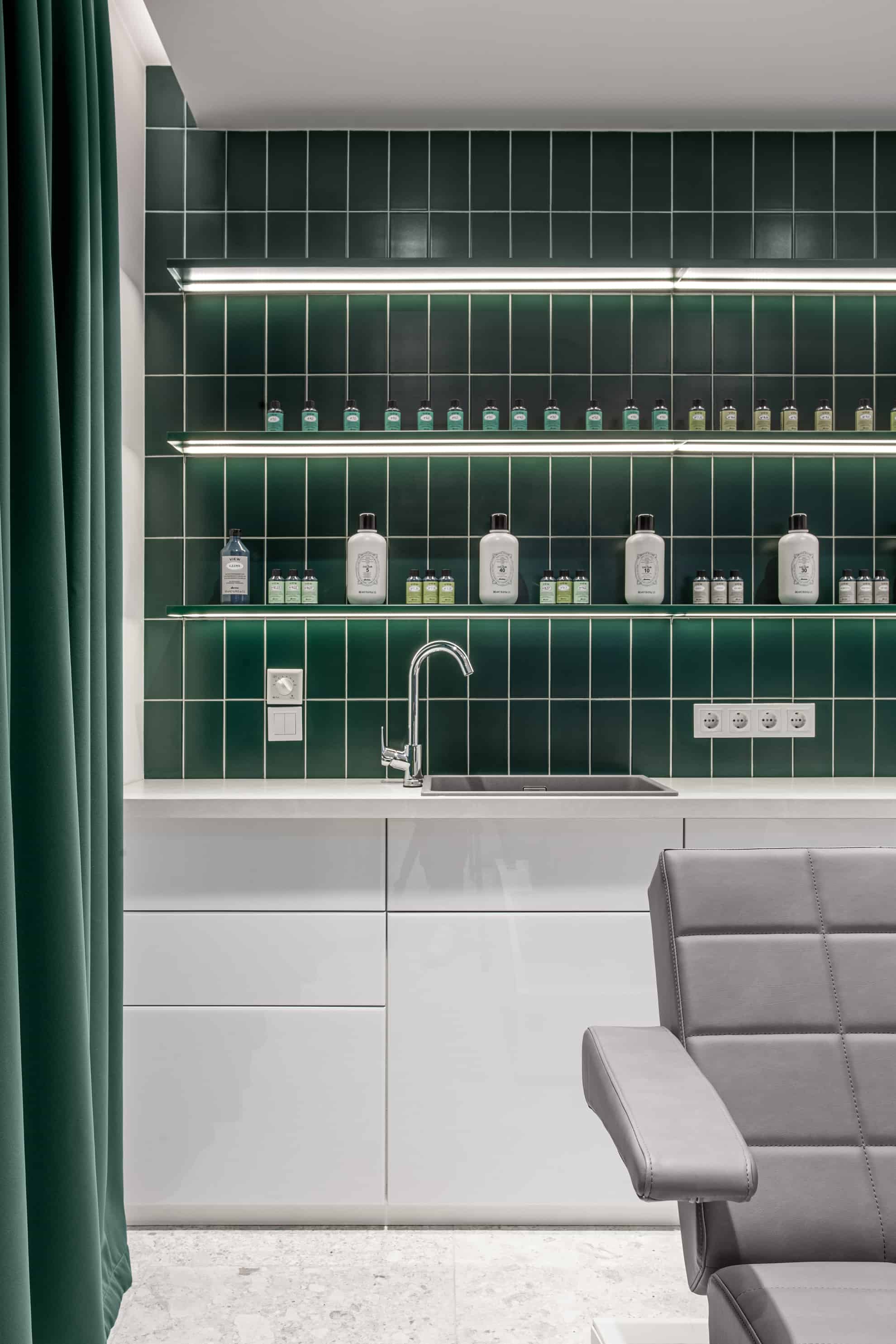 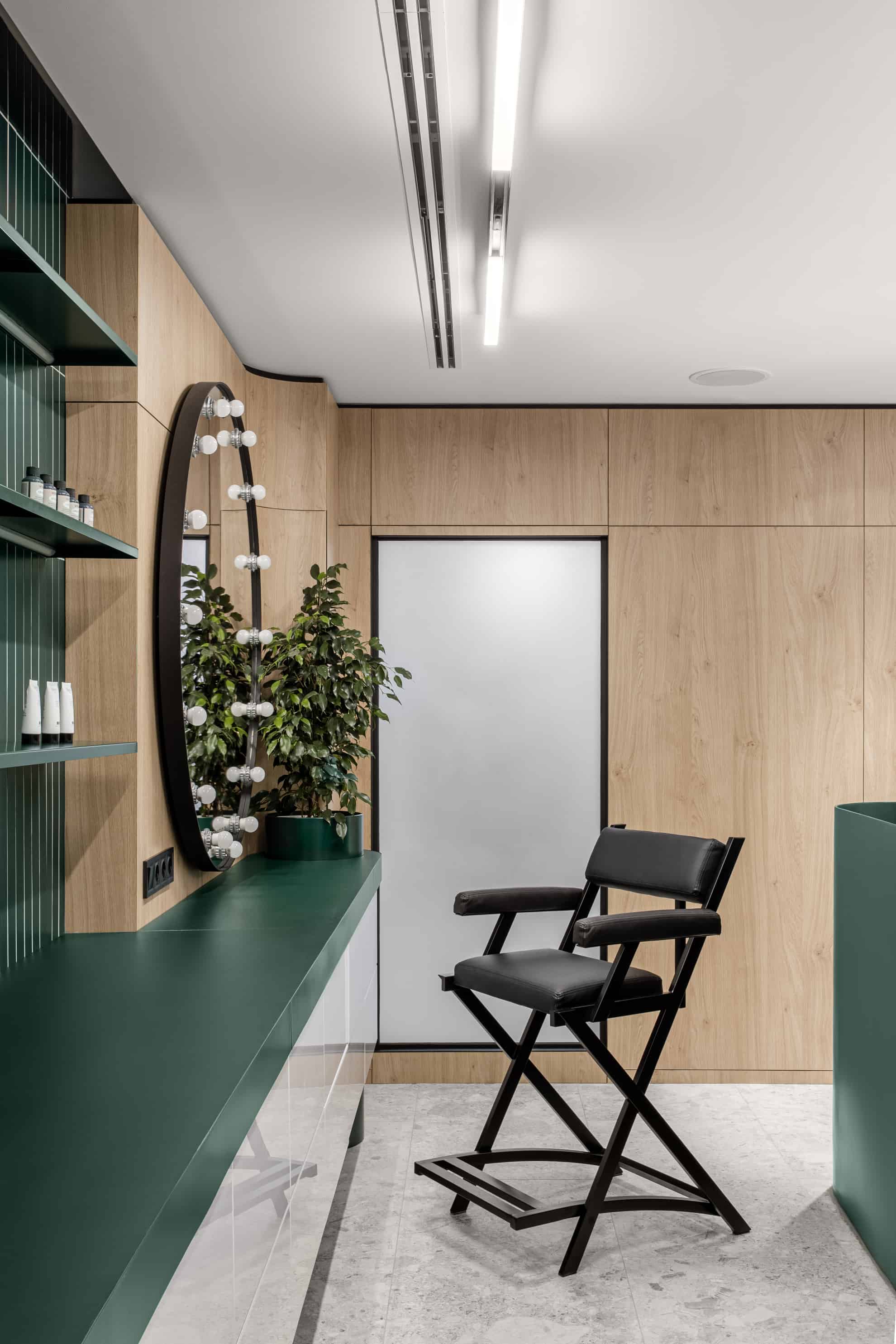 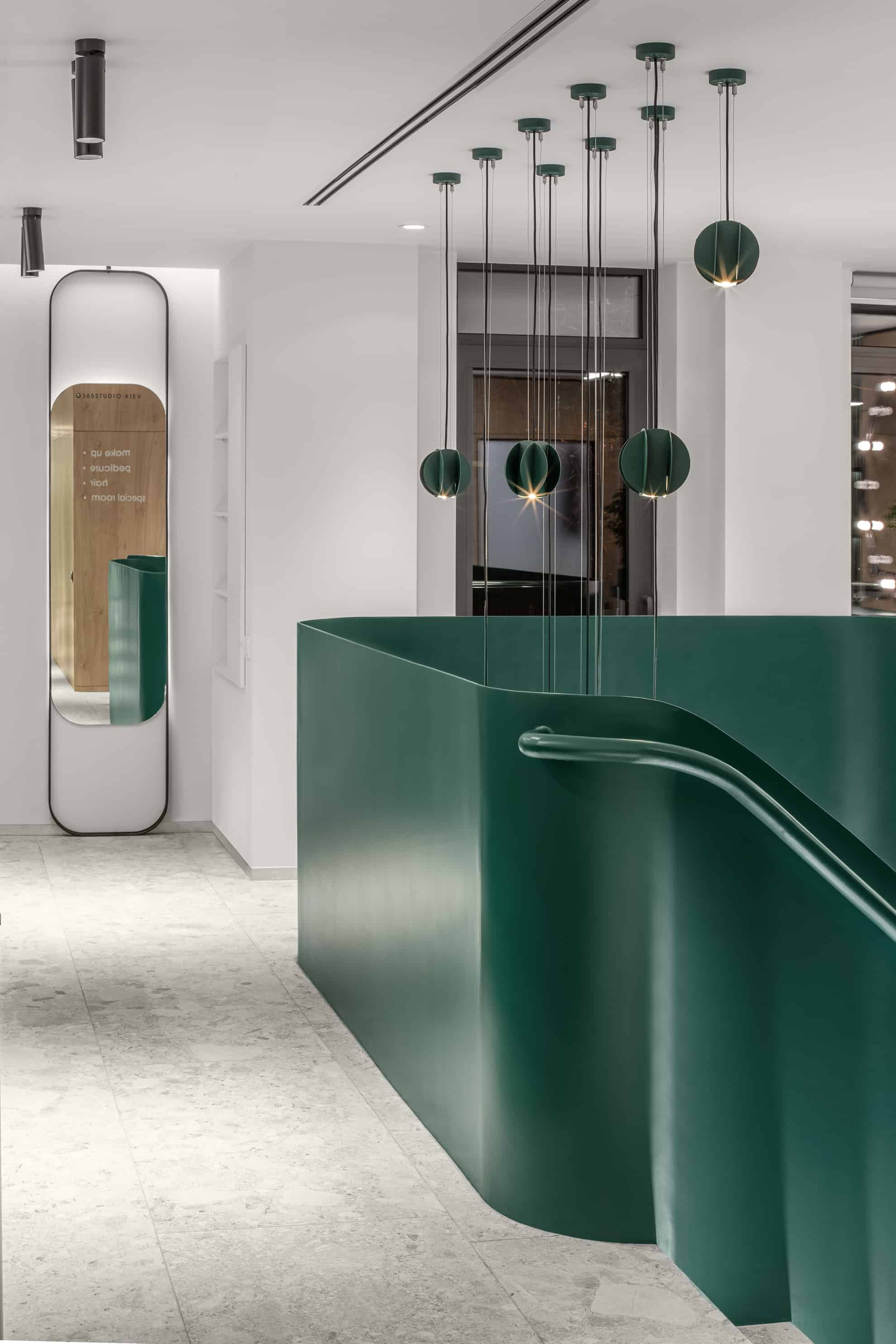 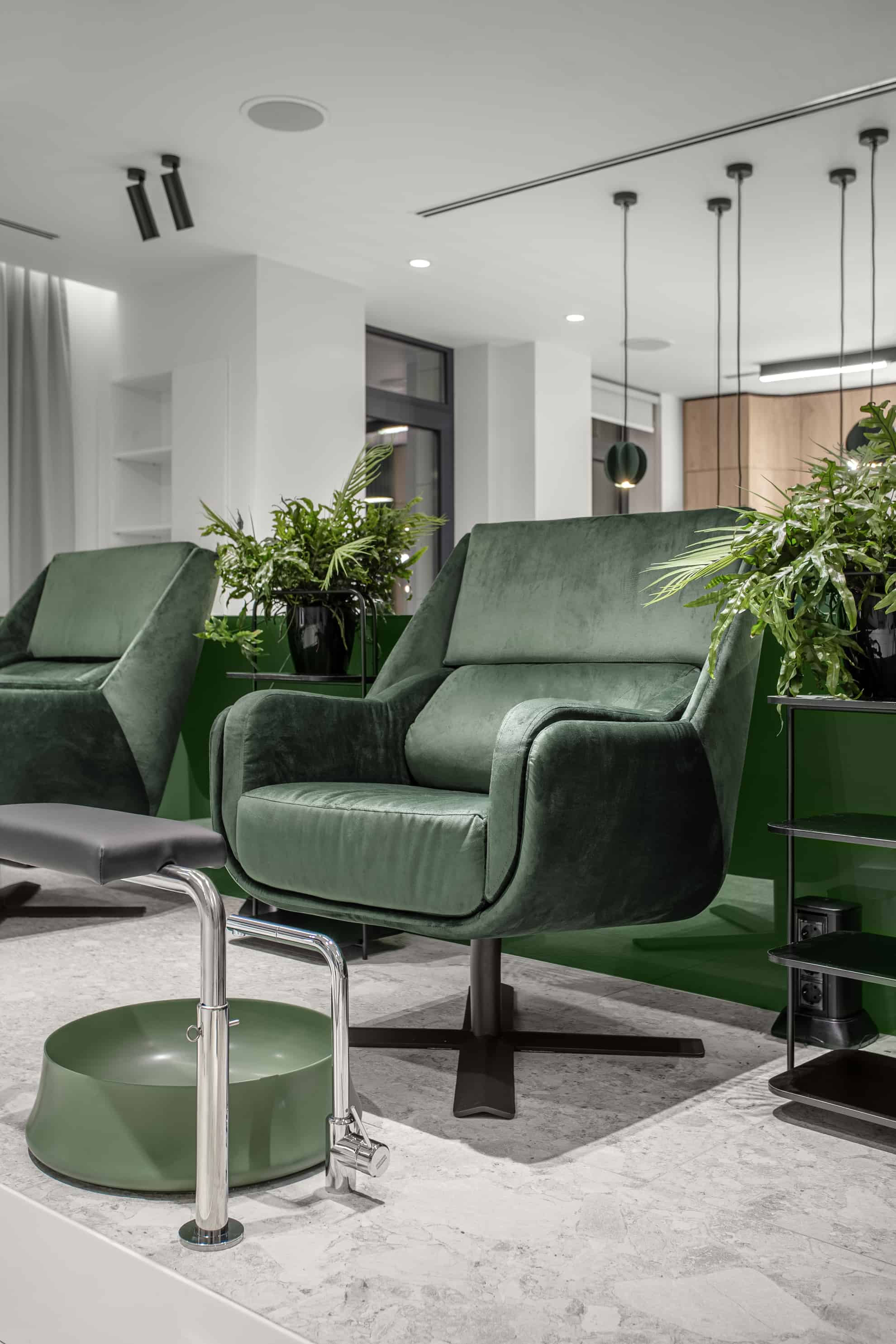 One of the features of 365 Studio is the possibility of parallel processes. Up to five masters can work with the client at the same time. Manicure, pedicure, hair dying, eyebrows and makeup can be done in one or two hours. Such an approach saves the customer’s time. It requires the perfect logic of the space where several masters do their work in one square meter. 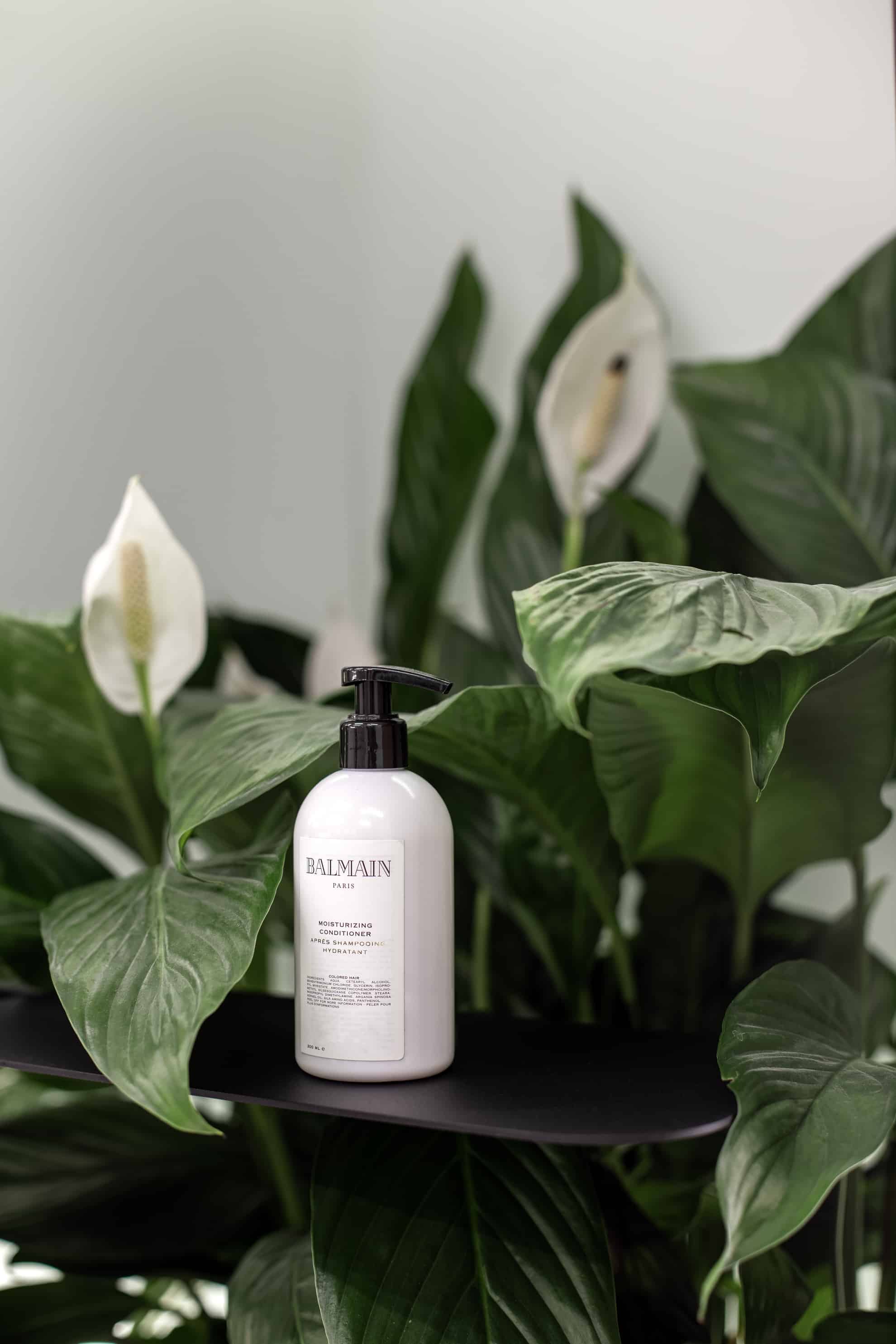 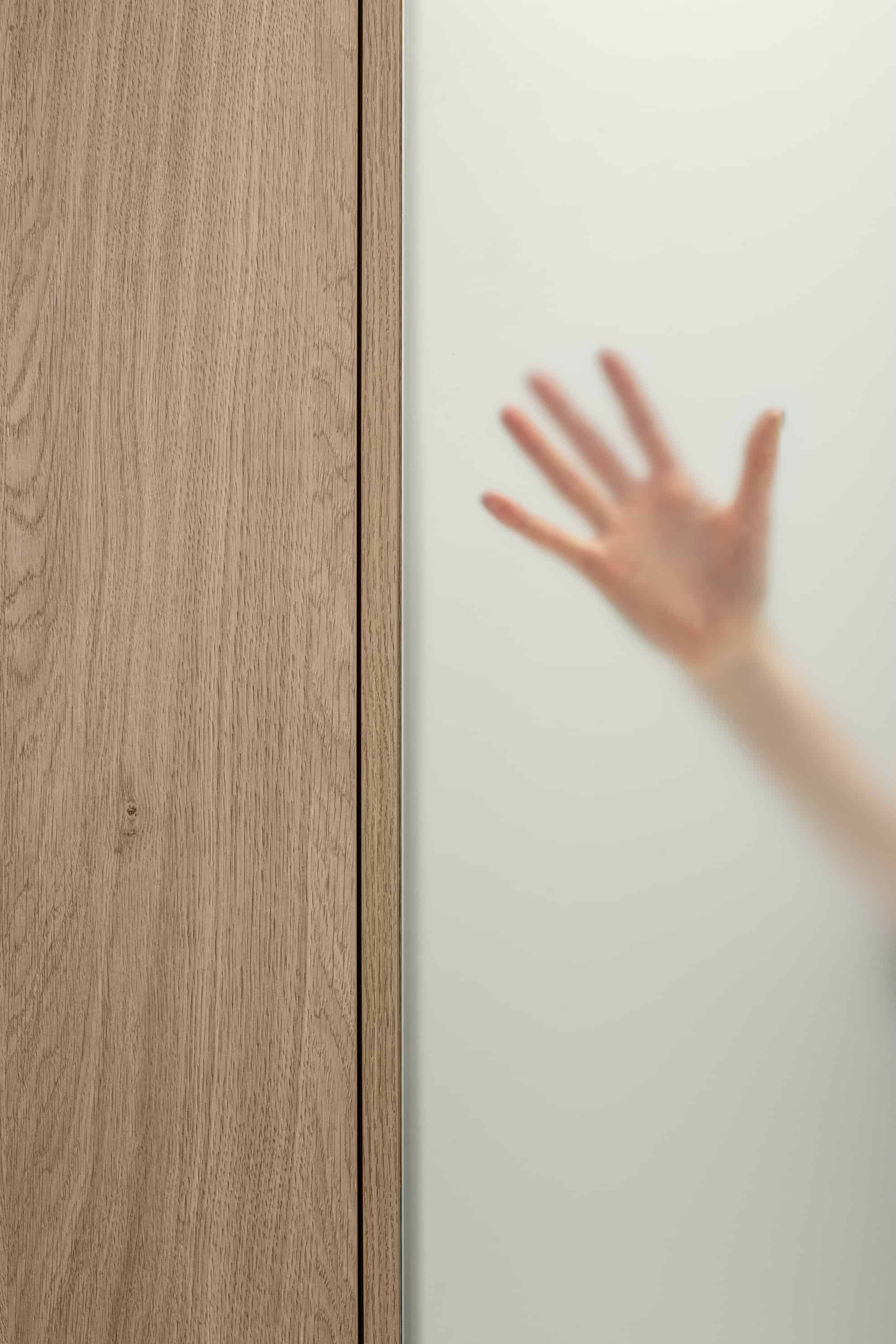 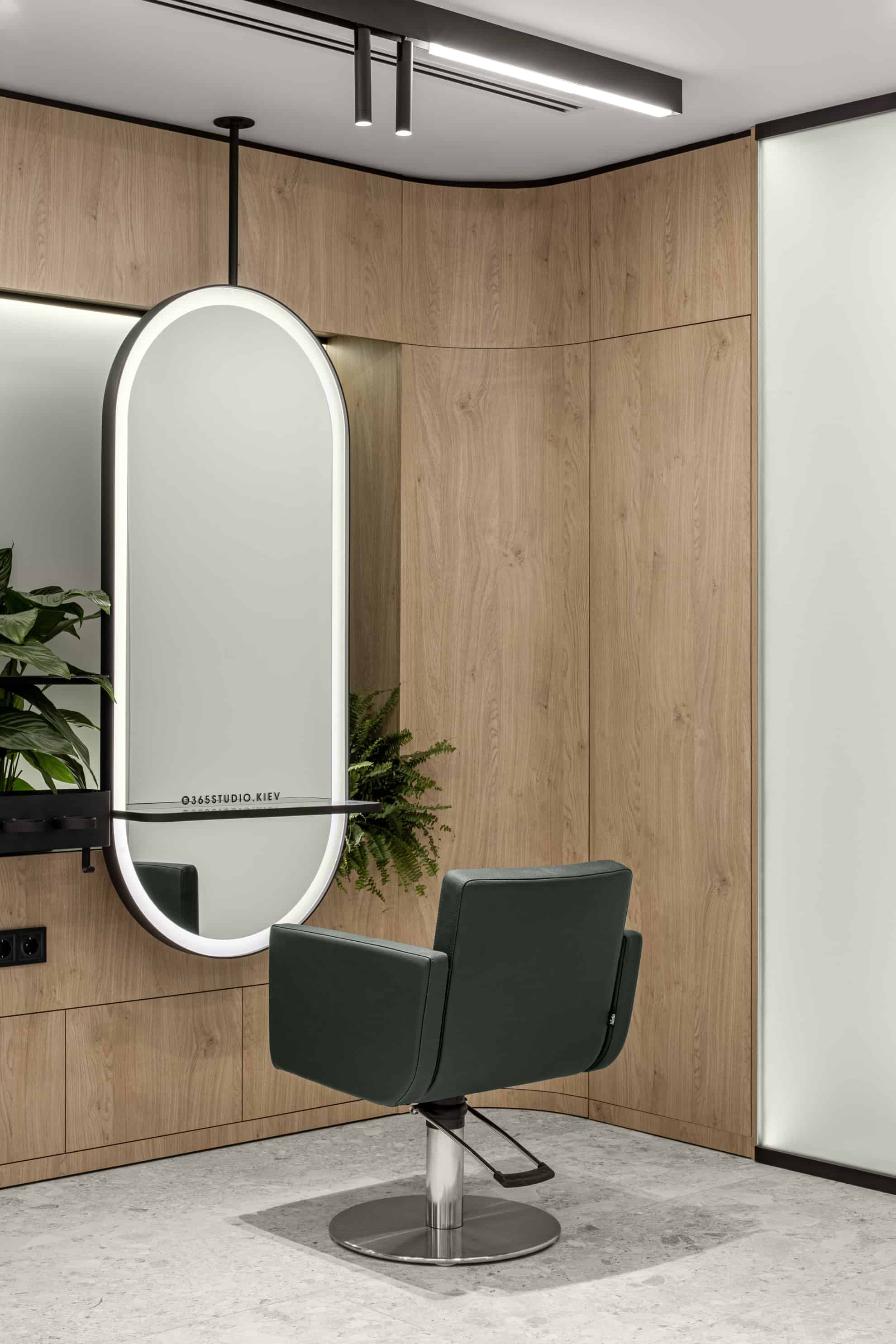 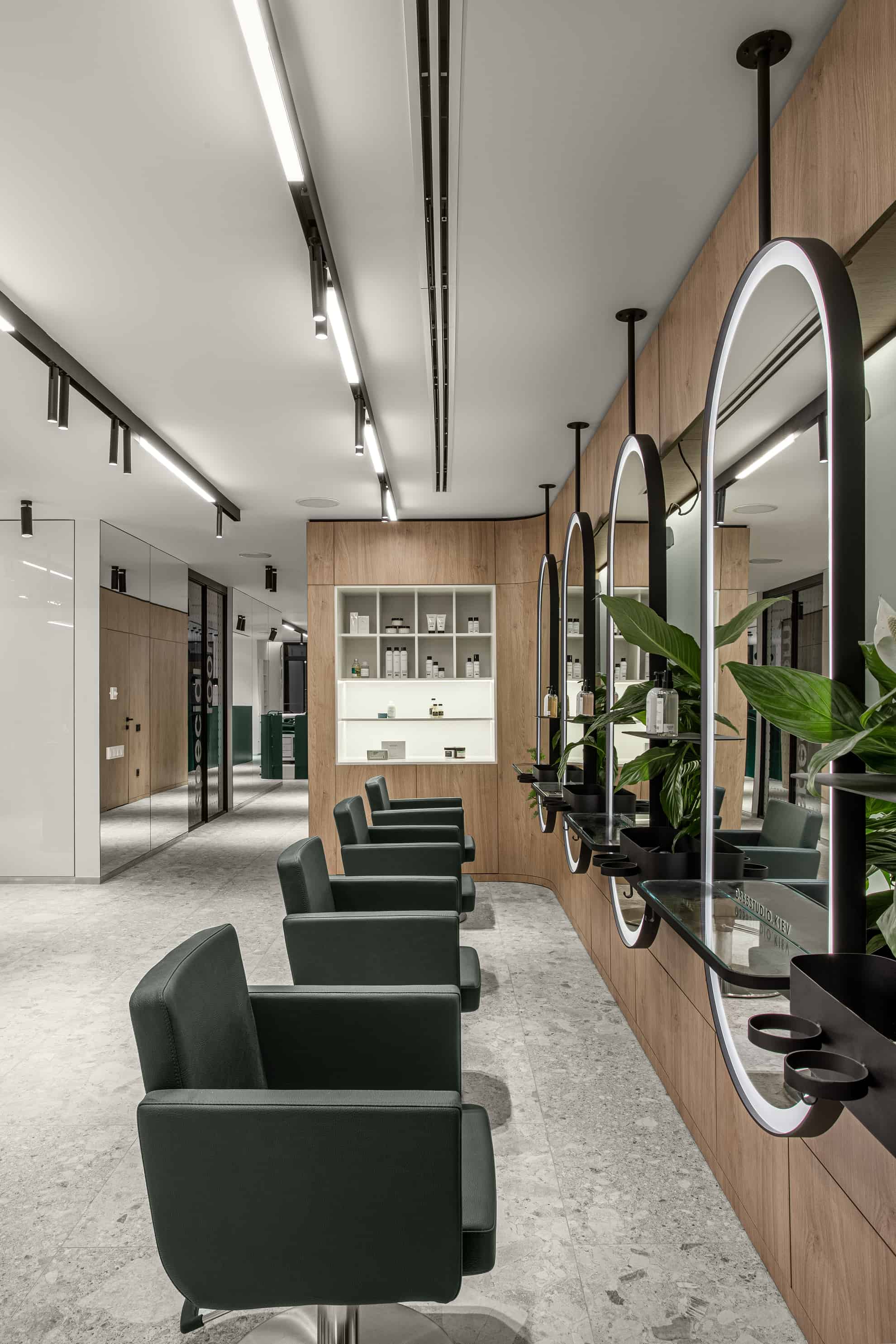 Color Bar is a place where hair dyes are mixed. Also, you can drink some champagne next to it. In the 365 Studio customers decide where to spend the time during hair dying by themselves, there is no need to stay in a hairdressing chair all the time.

“Good beauty studio reminds me of a pit stop in Formula-1 where a group of professionals change wheels and refuel a car within a couple of seconds. When masters are doing their business the customer feels calmness and trust. He or she comes here to rest, look after themselves, chit-chat and have a glass of champagne,” – an architect Olga Bogdanova tells. 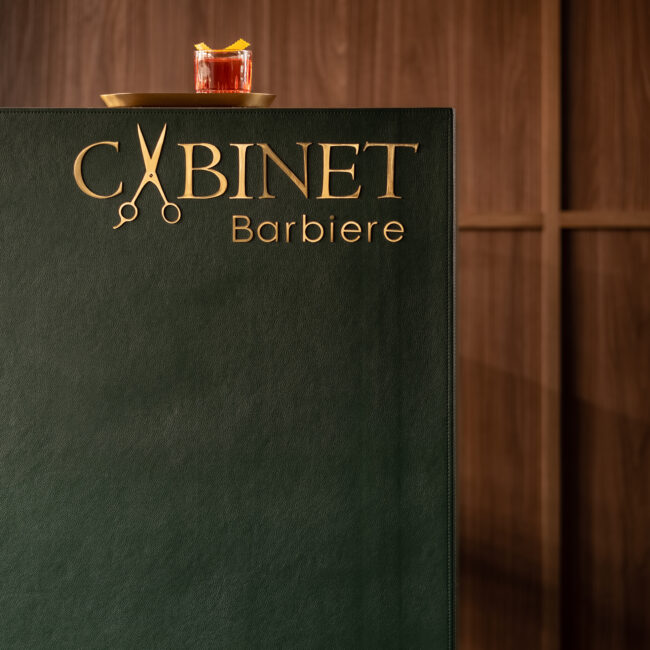 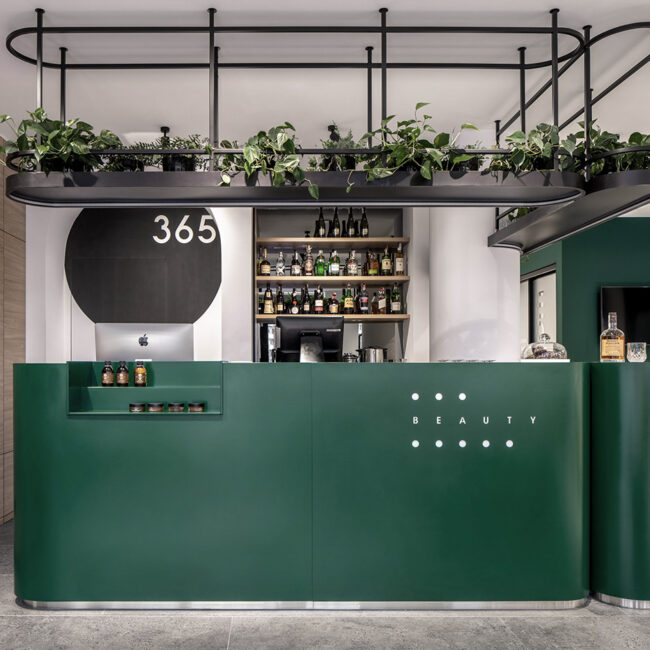 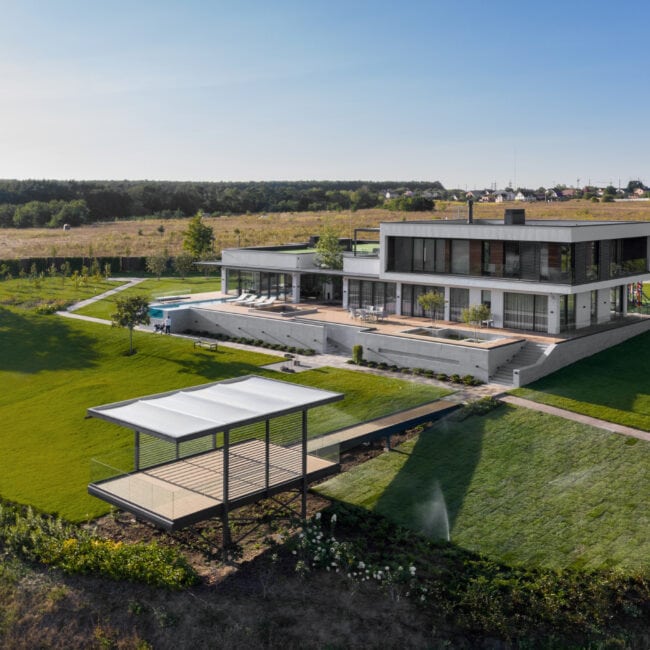